With the end of federal housing foreclosure moratoriums put in place because of the pandemic, the number of Dallas-Fort Worth homes facing forced sale by lenders jumped 75% in the third quarter.

Lenders flagged 638 D-FW homes for foreclosure in the just-completed quarter, compared with only 141 foreclosure filings in the second quarter, according to the latest estimates by researchers at Attom Data Solutions.

Foreclosure postings in North Texas were up more than 55% from a year ago, when many homeowners sought mortgage payment delays as COVID-19 swept the country.

Even with the recent increases, D-FW home foreclosures are a tiny fraction of what they were in the Great Recession when thousands of loan default notices were filed in the area each month. And they are still significantly below pre-pandemic levels.

Most of the national foreclosure moratoriums are now over, and less than 3% of U.S. home loans are still in forbearance.

Nationwide foreclosure starts were up 68% in the quarter with 45,517 U.S. properties getting forced sale notices.

“Even with similar increases in foreclosures over the next few months, we’ll end the year significantly below what we’d see in a normal housing market.”

Most housing analysts don’t see a big wave of home foreclosures coming because owners have significant equity in their properties. Rather than lose their homes to foreclosure, owners will opt to sell into a market that is starved for inventory.

But the number of foreclosure filings — if not actual sales — is expected to go up in the months ahead.

“So far the government and the mortgage industry have worked together to do an extraordinary job of preventing millions of unnecessary foreclosures using the foreclosure moratorium and mortgage forbearance program,” Sharga added. “But there are hundreds of thousands of borrowers scheduled to exit forbearance in the next two months, and it’s possible that we might see a higher percentage of those borrowers default on their loans.”

The D-FW area ranked 11th nationally for foreclosure filings in the third quarter.

Attom Data estimates that lenders completed foreclosures on 2,682 U.S. properties in September, up 33% from a year ago.

In Texas, foreclosures were completed on only about 100 residences in September. 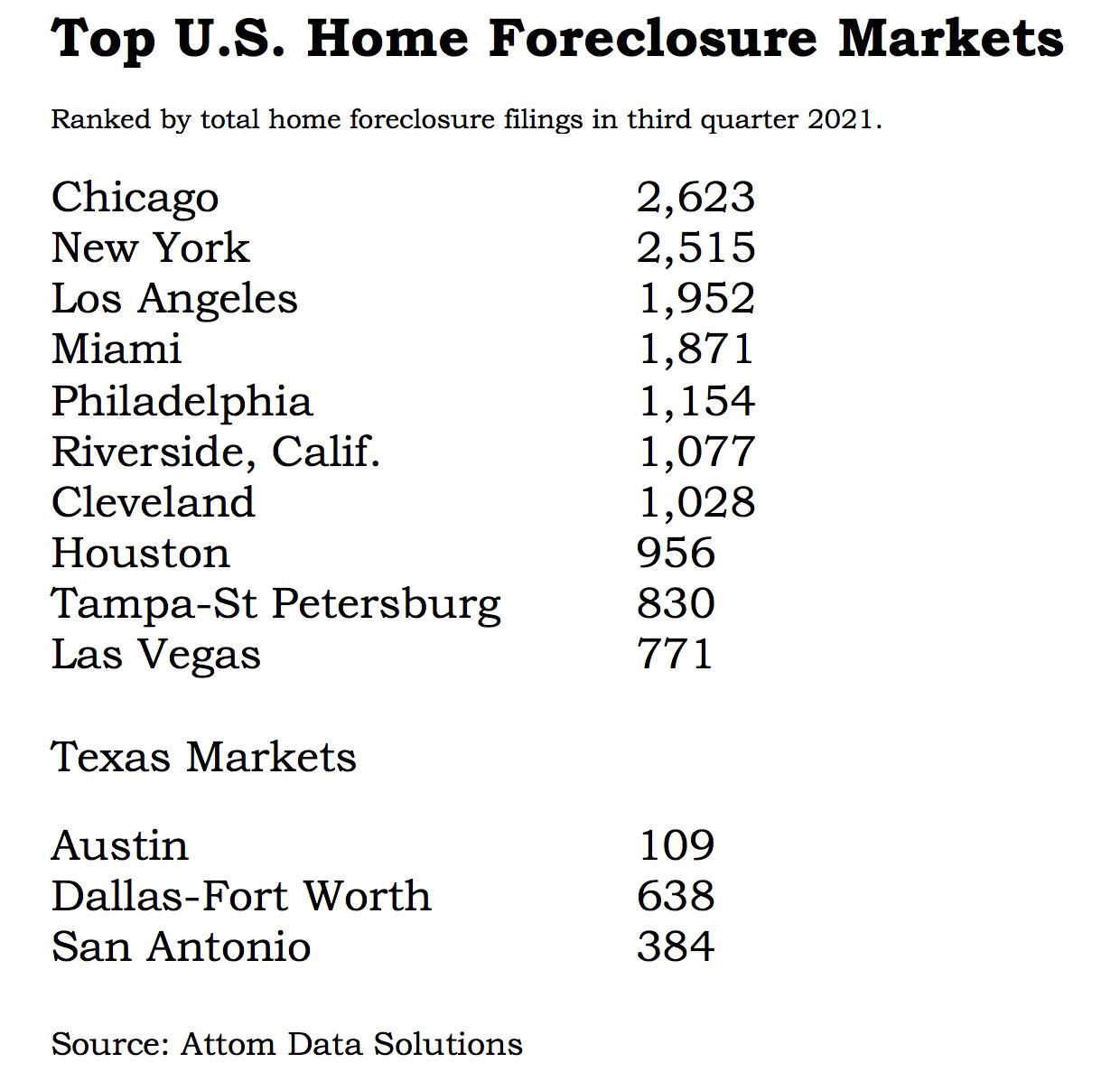