Will the Housing Market Finally Crash in 2022? 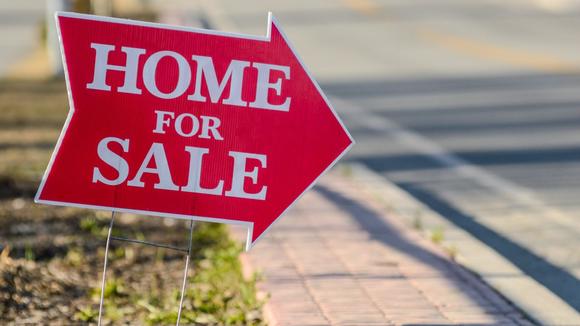 Home prices rose by nearly 20% over the last year, an astonishing rate of growth that was faster and more intense than even the run-up to the housing crash of 2008, according to Fortune — and that one sunk the entire global economy. Volumes have been written about the lumber shortage, the remote-work office exodus and the record-low mortgage rates that turned the 2021 housing market into one giant bidding war, but will it finally all come crashing down in 2022?

If the pessimist inside you wants to believe that 2022 will bring an implosion to rival anything the Great Recession doled out, you won’t have to look far to find a doom-and-gloom housing market analysis that confirms your worst suspicions. The reality, however, will probably be much less dramatic.

Current Growth Is Not Sustainable, But a Crash Is Unlikely

Fannie Mae predicts that home prices will rise by just 7.9% between the fourth quarter of 2021 and the same time at the end of 2022 — “just” being a subjective term. Although annual growth of nearly 8% might seem trivial in light of 2021’s historic gains, 7.9% is nearly double the average historical growth rate. Since 1987, according to the Federal Reserve Bank of St. Louis, home prices have grown by an average of 4.1% per year. In short, the many buyers who were priced out of the market in 2021 should temper their expectations if they were hoping that the bubble would pop and turn the tables in favor of buyers this year. The more likely scenario is that the market will cool, but only to a point that’s less scorching hot but still historically impressive in terms of price appreciation. Although prices won’t fall, they will almost certainly increase by less — much less — than they did during the market’s historic 2021 run.

Forces Are in Play To Ease Prices Down Gently

Two conflicting storylines are teaming up to make a sudden crash unlikely in 2022. The first is rising mortgage rates. COVID-19 brought historically low-interest rates that made it cheaper to borrow money than it had ever been before. Buyers across the country knew that such a chance would likely never come again and raced to lock in loans. Those record-low rates, however, have already started inching up and continue to climb. Fannie Mae predicts the average 30-year fixed mortgage rate will jump to 3.3% this year. With the cheap-money incentive drying up, demand — and therefore prices — should plummet, bringing to fruition the crash that so many fire-and-brimstone pundits have predicted for 2022. But there’s another dynamic at play that is mitigating the price-smothering effect of rising interest rates: Even if rates continue to rise, there’s simply not enough supply for demand to crash. Fannie Mae’s 2022 outlook noted a “severe shortage of homes for sale,” which are “limiting interest rate effects on home sales and home prices of housing inventory.” Not only is supply so tight that prices will still appreciate even with a drop in demand, but historically speaking, 3.3% mortgage rates are still very low and quite enticing. The ingredients for a sudden housing market crash are not in place, but it does appear that conditions are ripe for demand and prices to ease down gently throughout next year.

Buyers who are waiting for prices to plummet in 2022 will likely be disappointed. While competition will probably be less stiff and rising home prices will begin to even out, many buyers will get a wash. They’ll trade slightly lower housing prices for slightly higher mortgage rates — i.e., they’ll pay less up front but more over time than they would have had they closed in 2021. Most sellers will probably face a similar tradeoff. Yes, prices and demand are higher now than they’re predicted to be this time next year, which is good for sellers. But those who rush to sell now while the market is still hot will find themselves on the other side of the equation — they’ll become buyers struggling to overcome those same difficult conditions as they look for their own new houses to live in. With a dramatic crash highly unlikely for the housing market in 2022, buyers and sellers alike would be wise to follow the wisdom that holds true during the hottest seller’s markets, the coolest buyer’s markets, and everything in between. Make your move when you’re ready —  financially, personally, and in terms of your moving schedule — instead of trying to time the market.